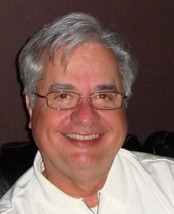 A longtime resident of Miami, Frank holds a Bachelor of Arts degree from the University of Miami and a Master of Arts in Hispanic Studies from Florida International University. For a total of twelve years, he taught foreign languages at local high schools while adjunct at Miami-Dade College in the Wolfson, Kendall and Inter-American campuses. His background in the academic, insurance and securities industries yields quantifiable results. His professional work is now Florida, the Caribbean, and select regions of Latin America. While he remains active as an insurance agent, he also established in Florida a Registered Investment Adviser to provide financial guidance for the young and the more mature, the well-established and the new investors; he delivers targeted, sensible advice without conflicts of interest to a diverse domestic and international clientele. In practical, everyday activities Frank’s expertise, experience and clarity of exposition interact effectively, resolving issues that concern individuals, families and corporations whether it be in the creation, growth or transfer of wealth in a confidential and efficient manner.

With this blog Frank hopes to leave a trail for his grandchildren to get to know him better. He always wished his grandparents had left for him a similar trail of writings addressing issues that could illustrate their thinking at different periods of their life since they lost touch with each other after he was forced to leave Cuba months after Castro’s revolution came to power. He was thirteen years old when he fled into exile and his grandparents died a decade later without realizing their dream of reuniting their family again in a free Cuba.

The emotional void his grandparents left at their passing was never filled and he wants to save his grandchildren from a similar experience. As he was too young to hear his grandparents express their outlook on issues that were important to them as he grew up, he envisions writing about topics of interest to illustrate his thinking. His writings may share personal anecdotes–some amusing, some serious–all informative, relevant to the moment; some will be political, perhaps controversial, of a religious nature, of a financial literacy scope, but all will be issues revealing the character, personality and professional training of the writer.

In summary, Frank means to speak with the future adults his grandchildren will grow to become.